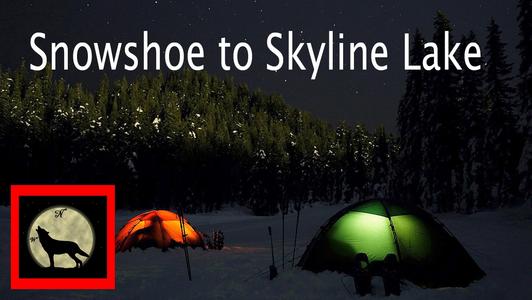 The four of us snowshoed up to Skyline Lake at Stevens Pass, WA for a night of fun and tent comparison.  We brought up the Hilleberg Staika and the Allak, two very similar tents.  We also brought the MSR Twin Brothers 6 man floorless tent for our group tent. Trigger, the black labrador, also tagged along.

We ran into some great people including another Hilleberg tent owner Henry who was set up in his Keron 3GT.  There was another group of very fun people that went out on the lake and did the sparkler dance for our entertainment.

We used a pulk to bring up the extra equipment, mainly camera gear, that was great but the trail was steep and caused a lot of sweat.  We had a ton of fun all day, then the talk at night in the group tent/bar was phenomenal.